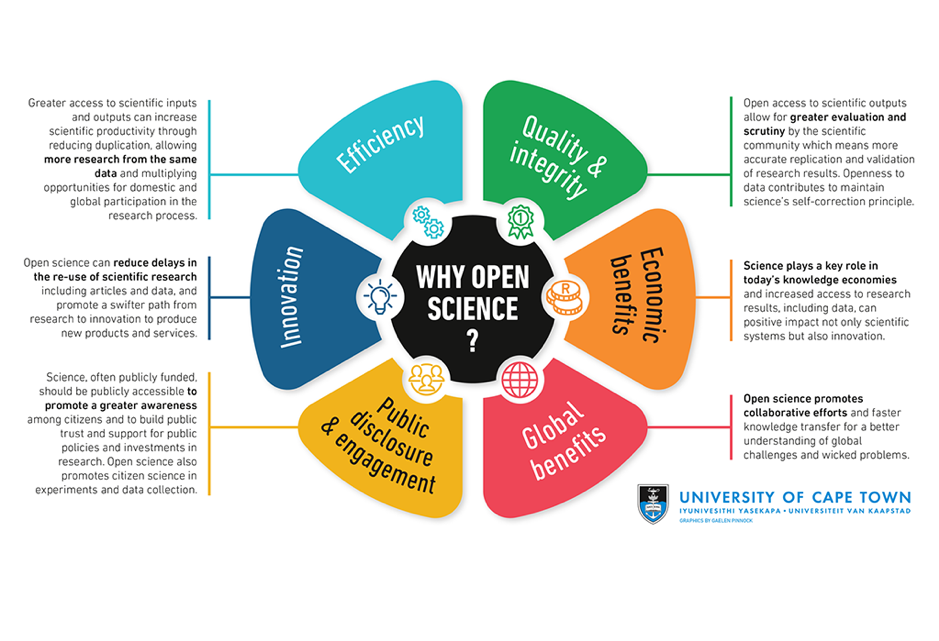 In the few months since the first case of COVID-19 was identified, the underlying cause has been isolated, its symptoms agreed on, its genome sequenced, diagnostic tests developed, and potential treatments and vaccines are on the horizon. The astonishingly short time frame of these discoveries has only happened through a global open science effort.

The principles and practices underpinning open science are what underpin good research—research that is reliable, reproducible, and has the broadest impact possible. It specifically requires the application of principles and practices that make research FAIR (Findable, Accessible, Interoperable, Reusable); researchers are making their data and preliminary publications openly accessible, and then publishers are making the peer-reviewed research immediately and freely available to all. The rapid dissemination of research—through preprints in particular as well as journal articles—stands in contrast to what happened in the 2003 SARS outbreak when the majority of research on the disease was published well after the outbreak had ended. The current crisis offers an opportunity to refashion a better system

Many outside observers might reasonably assume, given the digital world we all now inhabit, that science usually works like this. Yet this is very far from the norm for most research. Science is not something that just happens in response to emergencies or specific events—it is an ongoing, largely publicly funded, national and international enterprise.

In Australia there is a well-established base of scientific research conducted by thousands of researchers. Most of these researchers are in universities, associated public institutes such as medical research institutes, or CSIRO. These organisations receive substantial taxpayer funding. The Australian Research Council (ARC) and the National Health and Medical Research Council (NHMRC) administer most of the funding that goes by competitive grants to researchers and institutions—approximately $1.6 billion per year.

Australian research is highly diverse: it may be very specific—aimed at a cure for a particular disease, for example—or much more theoretical. Theoretical research (also called ‘discovery’ or ‘basic’ research) may often not have an immediate application but can lead to long-term benefits. One example is the work by CSIRO scientists on radio physics that led to the development of Wi-Fi, on which many of us rely today as we stay at home to reduce the spread of COVID-19.

Breaking down the barriers

Having a strong scientific research base ensures that when emergencies happen, there are already groups across Australia and around the world who are working on relevant areas and can rapidly turn their attention to the new problem. Of course, most of these scientists are geographically remote from each other and the success in responding to the COVID-19 pandemic has depended fundamentally on open science: scientists being able to rapidly see what others have done, to check its validity by accessing both the underlying data and the researchers’ interpretation of their research, and to build on it for the next advance.

This success has been enabled by calls from organisations that already support open research for a coordinated global open science effort. However, the very reason these calls are needed is because the current system is not open by default. Researchers are not incentivised to share before journal publication, since research is a highly competitive process. This includes acquiring funding for research, which is largely based on just one part of a research effort: the journal publication.

In 2019 for example, the NHMRC only funded 13.2% of grant proposals submitted to its Investigator Grant scheme. Publication of research in academic journals itself is competitive, can take many months, and tends to favour only the sharing of positive results (including for the most important of clinical studies, controlled clinical trials)—all of which is highly problematic in emergency situations where it is equally important to understand what does not work. Sharing of the underlying data that journal articles are based on is not yet a universal requirement for publication, nor are researchers usually recognised for data sharing.

There are many benefits associated with an open science model. Image adapted from: Gaelen Pinnock/UCT; CC-BY-SA 4.0 .

The Department of Education and Training statistics indicate 1.5 million students and 130,000 staff members are in universities, while the Department of Health indicates there are 600,000 health workers. Together these comprise about 2.5 million people or 10% of the Australian population, noting that the largest group, university students, move through universities and may actually lose access after graduation. This percentage is likely to be similar for other developed nations but will be much worse for those in countries with developing economies—they simply cannot afford the subscription fees.

One reason for this lack of access to published research is because the means of sharing of research largely sits outside of universities. Furthermore, most of the journals—and indeed much of the infrastructure that underpins research dissemination—are owned by a small number of companies with high profits. Just one of these, Elsevier, made almost AUD2 billion (£982 million) profit in 2019. Hence, despite the enormous sums spent globally on publishing, which could support research being open, traditional publishers of research (i.e. non-open access ones) have an inherent interest in, at the least, slowing the transition from the status quo. Publishers know that lack of access in emergencies is unacceptable and have indeed made much research on COVID-19 open, just as they did during the Ebola epidemic and the recent Australian bushfire crisis, only to quietly close off access afterwards. Many outside observers might reasonably assume … that science usually works like this. Yet [open science] is very far from the norm for most research.

There are signs that publishers are thinking about how to reinstate control after the emergency. On its corporate site for COVID-19 research, Elsevier states that ‘these permissions are granted for free by Elsevier for as long as the COVID-19 Resource Center remains active’ and the publisher requires its own ‘els-covid’ licence terms on collective resources. Some publishers have notably not participated at all in coordinated calls to make coronavirus-related articles discoverable and accessible to facilitate text mining (computer-aided searching and analysis of research) and secondary analysis—the American Medical Association, publisher of JAMA, is one example.

Opening up research on the specific topic of the current crisis is really only a gesture. In the current pandemic, researchers are also searching for information from the past literature on many topics, such as on the properties of ventilators and face masks as well as on previous coronaviruses. These papers, especially older ones, have largely not been made available in, for example, the COVID-19 Open Research Dataset (CORD-19) of scholarly literature.

The roots of this system are complex and come from a time when sharing research via paper journals and subscriptions were the only options. This has left us with a research system that is much less efficient than it could be: duplicated funding, duplicated effort, and more time taken to solve big scientific and health problems. We now need a system that not only works for but also exploits the opportunities of a world where research is digital from beginning to end—where seamless connections are the key to fully interoperable research.

Building a new and open system

The open research practices on COVID-19 are acting as a real-time lesson for how the system could work in the future. However, moving to an open system will not be trivial, especially as some current open access initiatives have led to publishing costs falling on individual researchers, which is not appropriate or sustainable in the long term. It requires a reimagining of the whole research infrastructure which includes a systemic, national and international rerouting of financial flows. This money is already in the system but is currently paid piecemeal. A system that was designed to be open would ensure the costs of that openness are built upfront into the research support and funding processes themselves so that, for example, the costs of data curation and the costs of final dissemination become simply part of the cost of doing research.

Since the beginning of the 21st century, groups and individuals in Australia and across the world have been working on a variety of initiatives to open and speed up science. These initiatives include making journal articles open (free to read, share and reuse—that is, the open access mentioned above) which both the ARC and NHMRC support through policies, national efforts to promote better data management in organisations such as the Australian Research Data Commons, supporting open infrastructure, and developing open educational resources (OERs). Indeed, OERs have become especially important in the past few weeks as many schools and universities have had to rapidly transition to online learning. Despite communities of practice and innovation by researchers and other experts, an assortment of organisations and companies, and repeated calls for a national approach,  global and Australian initiatives remain largely fragmented. International efforts outside of times of emergencies have not had uniform buy-in and there is no ongoing nationally coordinated Australian effort for open science.

The current crisis offers an opportunity to refashion a better system—to make it open and FAIR so that not just humans but, increasingly, machines can be enlisted to ensure that research is maximised. For this to become the norm, it will require the reshaping of research systems and investment at many levels: practical, legal, financial and human. It also requires careful thought around equity, both of participation in research and access to that research, including consideration of initiatives such as the CARE Principles for Indigenous Data Governance. The COVID-19 pandemic is leading to rapid rethinking of how many parts of society function

How might this look in practice? In the current pandemic an effort coordinated by the White House gathered together a massive, freely-available, well-curated and machine-readable set of research on the COVID-19 pandemic which can be used by researchers globally for further research and which has already been downloaded thousands of times.

The COVID-19 pandemic is leading to rapid rethinking of how many parts of society function. It should also be the catalyst that finally lays to rest the myth that closed research as the norm is acceptable, either morally, economically or technically. We need a whole-of-system coordinated reshaping from grassroots initiatives through to national policy and political commitment, that aligns with international initiatives—such as the Sustainable Development Goals for which access to information is key—and which are sensitive to national needs. Though there are many issues to work through, as for the other challenges we are facing with COVID-19, these issues can be solved if we only choose to do so. Arguably, we can’t afford not to.

This topic’s links to the Sustainable Development Goals:

This feature article from the Australian Academy of Science is part of the ‘Science for Australians’ series where experts are asked to shed light on how science benefits all Australians and how it can be used to inform policy.

Views expressed in this feature remain those of the authors.

Conflict of interest declaration: Professor Virginia Barbour is employed by AOASG, which advocates for open access.

This article has been peer reviewed by the following experts: Associate Professor Lucy Montgomery Program Lead, Innovation in Knowledge Communication, Centre for Culture and Technology, Curtin University; and members of the Australian Academy of Science’s National Committee for Data in Science (Professor Virginia Barbour, a member of the committee, was not involved in the peer review process).

© 2019 Barbour and Borchert. This is an open access article distributed under the terms of the Creative Commons Attribution License, which permits unrestricted use, distribution, and reproduction in any medium, provided the original author and source are credited.

0 comments on “Open science: after the COVID-19 pandemic there can be no return to closed working” 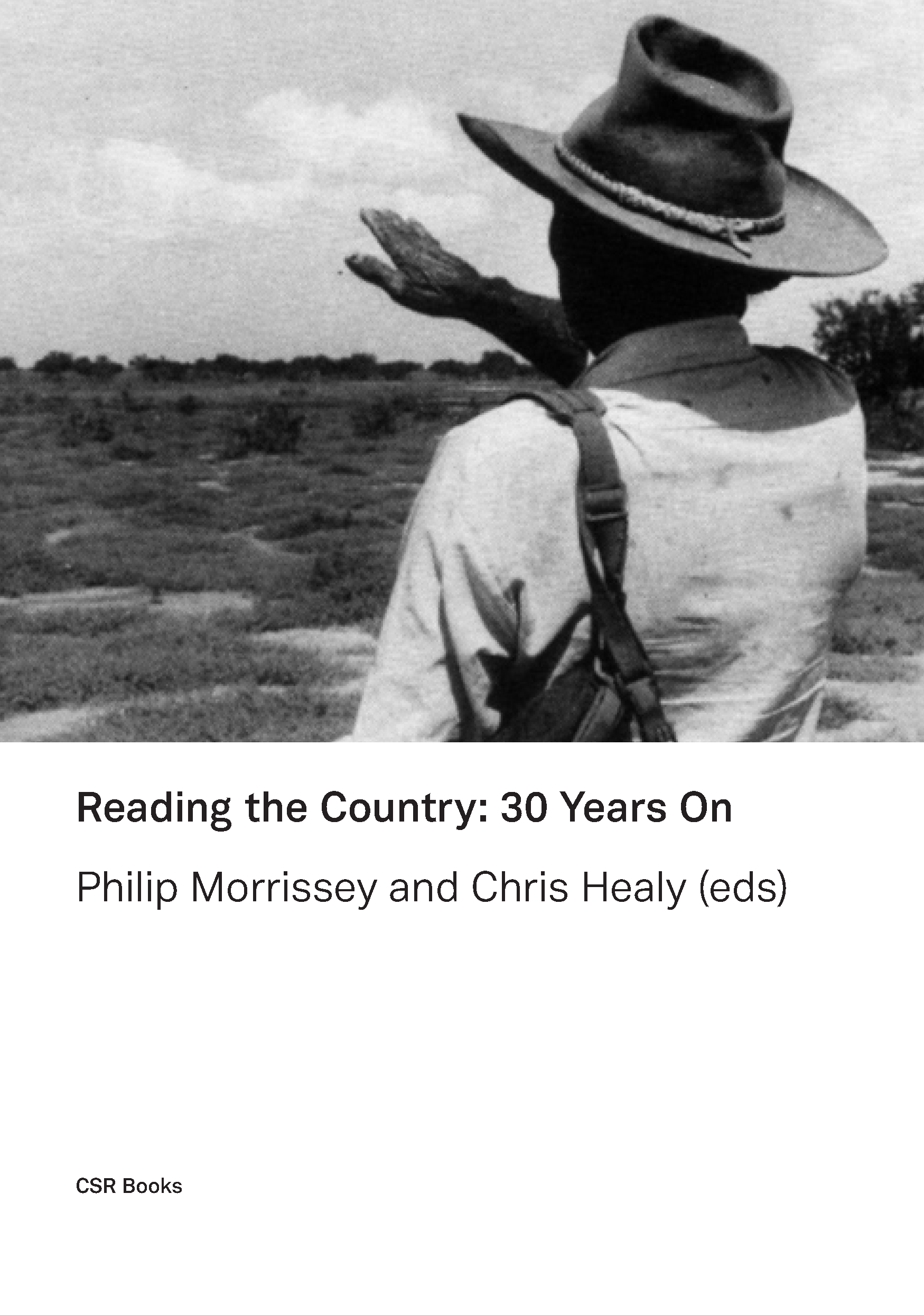 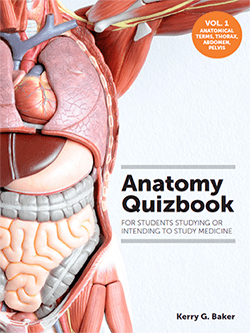